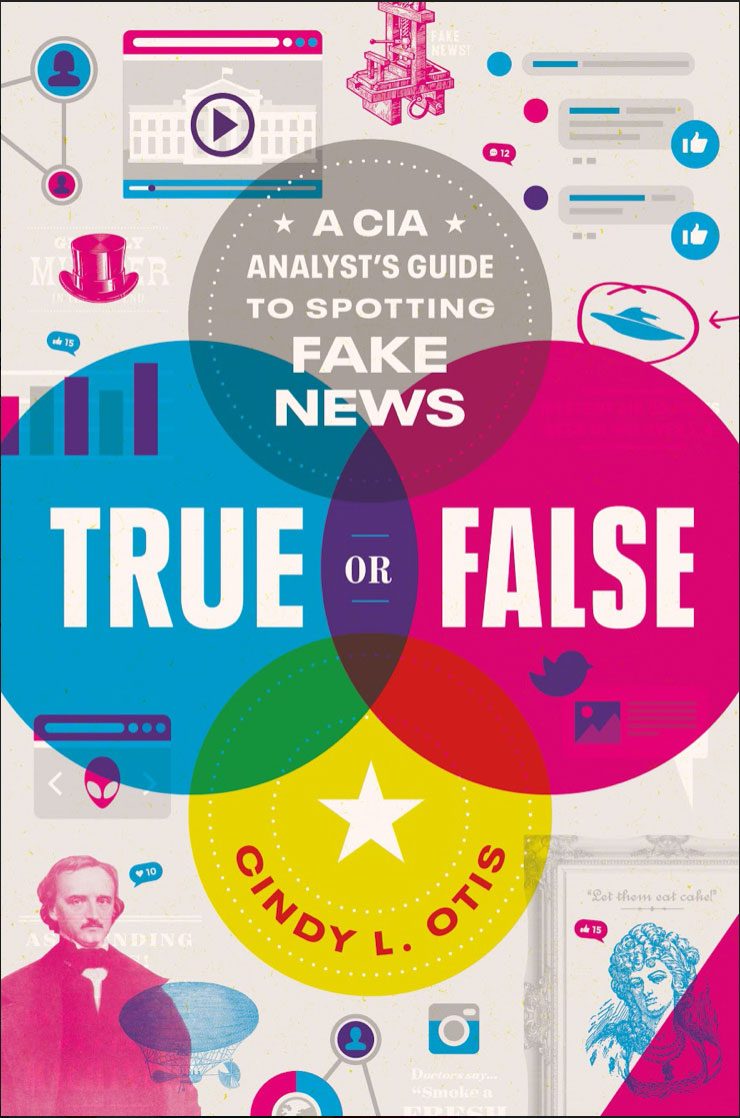 Out Now with Macmillan

A former CIA analyst unveils the true history of fake news and gives readers tips on how to avoid falling victim to it in this highly designed informative YA nonfiction title.

“Fake news” is a term you’ve probably heard a lot in the last few years, but it’s not a new phenomenon. From the ancient Egyptians to the French Revolution to Jack the Ripper and the founding fathers, fake news has been around as long as human civilization. But that doesn’t mean that we should just give up on the idea of finding the truth.
​
In True or False, former CIA analyst Cindy Otis will take readers through the history and impact of fake news over the centuries, sharing stories from the past and insights that readers today can gain from them. Then, she shares lessons learned in over a decade working for the CIA, including actionable tips on how to spot fake news, how to make sense of the information we receive each day, and, perhaps most importantly, how to understand and see past our own information biases, so that we can think critically about important issues and put events happening around us into context.

Order TRUE OR FALSE now through the following retailers: