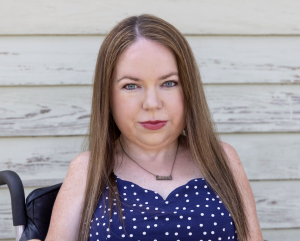 Cindy L. Otis is a former CIA officer and an expert on disinformation threat analysis and countermessaging. She is a former Senior non-Resident Fellow at the Atlantic Council’s Digital Forensic Research Lab and currently, an Associate at Argonne National Lab. Prior to joining the private sector in 2017, she served in the CIA as a military analyst, intelligence briefer, and a manager in the Directorate of Intelligence. While at the CIA, she specialized in security issues in Europe, the Middle East, and North Africa.  She is the author of the newly released True or False: A CIA Analyst’s Guide to Spotting Fake News out now with Macmillan, and the forthcoming novel At the Speed of Lies, coming out with Scholastic in 2023.

She is a frequent media commentator and writes regularly about disinformation and national security issues, often cited by publications, such as The Washington Post, New York Times, BBC, NPR, and CNN. She is also a member of USA Today’s Board of Contributors.

She was born on the West Coast and raised on the East Coast, so Cindy is happiest when near a large body of water. She spends more time than she would like maintaining the tenuous peace that exists between her dogs and cats.